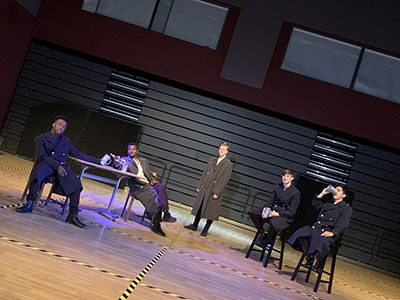 The Upper sixth BTEC Actors completed their final Performing to an audience unit the last week of term. Fifty Two Performing Arts students worked on musical theatre pieces which included acting, singing and dancing. Each group worked on a different number. We had: When I grow up and Revolting children from Matilda, My Shot from Hamilton and Can’t stop the Beat/Nicest kids in town from Hairspray.

Due to lockdown, practical ensemble work was impossible so when we returned to college, the students were working right up to the final day on perfecting their vocal skills, choreography, movement and facial expressions. It was amazing for the students to be able to perform with full technical support such as head microphones, handheld microphones, sound and lighting. Students also included their own costume that was relevant to the song they were performing. An exam board requirement was to have an audience and as they had missed out on performing at the end of the lower sixth due to being in lockdown, we decided to have one class watch the other over two evening performances. Each student got the full rewarding experience of being in a musical theatre number and how it felt to perform live to an audience. The students and staff involved really enjoyed the performances and Carly Horan and Gareth Bowe would like to share how proud they were of the students’ LIVE Performances. Videos of the live performances are available upon request.

You can find other Performing Arts related courses using the course directory. 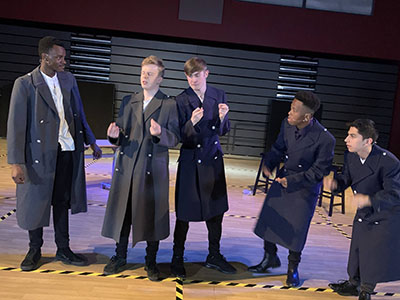 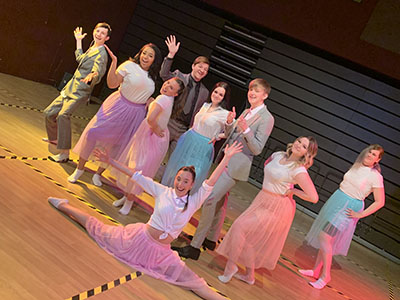