The extra-curricular Disney showcase took place on the 15th and 16th December and the students were so pleased the show was able to go ahead as planned. We had a cast of 30 this year and over three days we performed to 520 audience members. Songs included; Poor Unfortunate Souls, How Far I’ll go and This is me from the Greatest Showman. 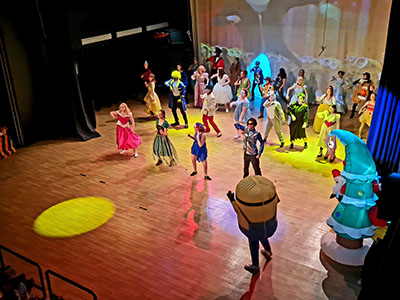 There were some fantastic solos and group numbers and much to the audience’s delight we also had an inflatable minion on stage! Banks Lane Primary joined us on the Wednesday morning and then Great Moor Primary School on Thursday, we had some wonderful compliments from the children and from the teachers and most of them wanted to see the show all over again so we know we did a good job!. The primary school children were really involved clapping along and copying the dances. This really motivated our students and they performed to a high level both days.

The students and staff involved worked really hard on the show and managed to get the show together in only seven weeks which was a great achievement for us all. The show was directed by Carly Horan who teaches Performing Arts and we are all very proud of the show we put on. We particularly enjoyed staff and their children from the college coming along in fancy dress to see it.

You can find out more about extra-curricular activities by visiting the enrichment page. 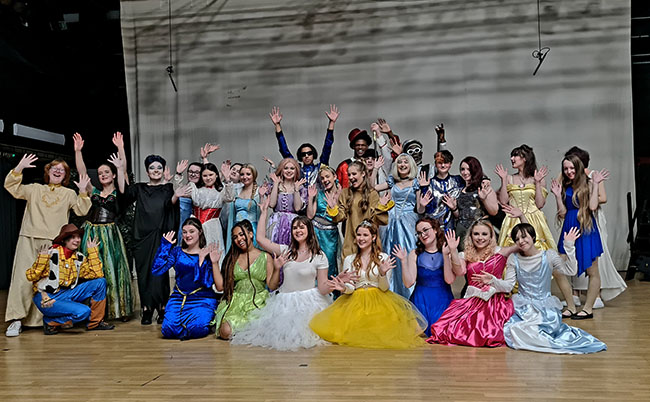 © 2022 Aquinas College. All rights reserved.
Website built by Design Lobby
We use cookies to ensure that we give you the best experience on our website.AcceptRejectRead more