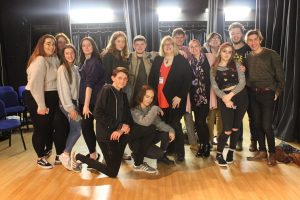 Annie Wallace who plays Sally St.Claire in the E4 soap Hollyoaks, is an actress from Aberdeen, Scotland. A former National Youth Theatre member, she graduated from the Manchester Metropolitan School of Theatre in 2004, and has also appeared in many theatre productions. Annie shared her acting journey where she faced many rejections before finally getting her big break in Shameless in 2011 followed by being cast in Hollyoaks in 2015. Annie inspired students with her inside stories and acting techniques. Getting her first big part at the age of 50, she is a true example of it never being too late to get your big break!