On 14th October we were pleased to host a visit from our Stockport constituency MP, Nav Mishra. After a tour of the college, Nav joined a meeting of our 120+ Politics students. He gave a brief talk on how he became an MP, and about what the role involves. He talked also about his role as an Opposition Whip and his work in support of Keir Starmer’s Shadow Cabinet. Nav was then happy to take questions from students and it’s fair to say that they weren’t shy in asking about some challenging issues. Questions covered all aspects of UK and international politics including the war in Ukraine, UK drugs enforcement policy, the performance of Keir Starmer, and matters relating to the selection of Labour councillors in Stockport.

Nav was frank in his answers, making clear where his views were at odds with current Labour Party policy. He was, for example, happy to restate his support for striking trade unions and the importance of the TUC in recent industrial disputes, something that the Labour leadership has been less keen to vocalise lately. Our students were really grateful to have the opportunity to spend time with their constituency MP and to learn about his work and his policy priorities. We have arranged with Nav that we will bring a group of our Politics students to meet with him at Westminster in the near future. Other MPs local to the college have been invited to join us in future and we very look forward to meeting with them whenever time allows. For now, thanks to Nav and his team for spending an hour or two with us.

Politics A level
You can find other politics related courses using the course directory. 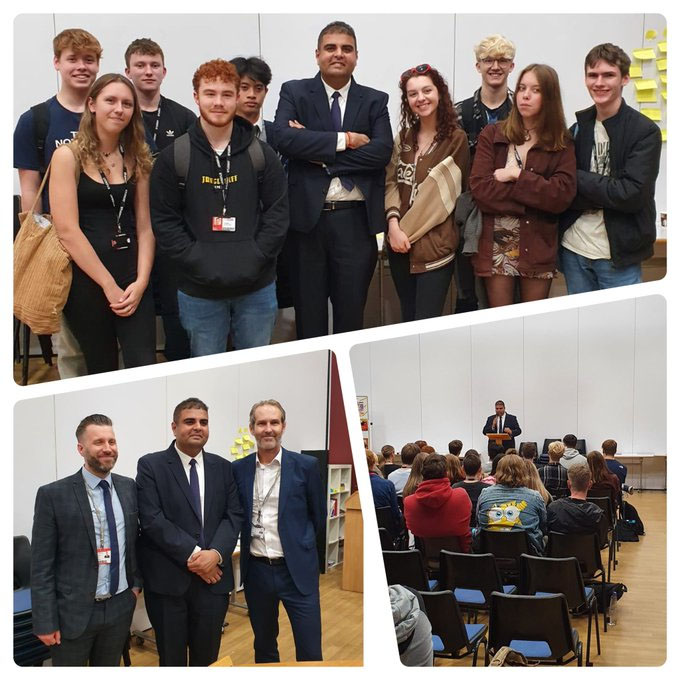