Early in October, we finally got the chance to take a group of L6th and U6th Politics students to Edinburgh to visit the Scottish Parliament. We had first planned to go in June but were thwarted by the rail strikes (the irony of a politics trip being stopped by union action not lost on anyone) and our second attempt to go coincided with the State Funeral for Queen Elizabeth. Instead of a midsummer night in June, we got to visit Edinburgh during a wet and windy Scottish autumn. The main focus of the two-day trip was a visit to watch debates and votes at the Scottish Parliament in support of students’ work on devolution in the UK – a key part of their A Level course. They were able to experience how the modern parliament building enables MSPs to carry out their duties much more efficiently than their Westminster counterparts – purpose built offices and meeting spaces, as well as high tech members’ desks, make for a professional and comfortable working environment. Voting is quick and digital, with MSPs using modern apps rather than trooping through voting lobbies being harangued by party whips. The chamber itself is set out in a collegiate hemisphere rather than the adversarial benches of the House of Commons we’re used to at Westminster. It’s a great building and has a really informative museum too, all of which provided students with a real insight into the impact of Scottish devolution.

The rest of our visit included a walking tour of the Old Town, taking in views of the Castle and the Royal Mile. We took students around the various departmental and student buildings of the University of Edinburgh so that they could get a taste of academic life. They were given some free time to explore the city and to get an evening meal with their friends before returning to our hostel rooms for the night. Our plan to ‘climb’ Arthur’s Seat was ruined by the wind and the rain but we managed to get a good view of the city from Calton Hill nonetheless. We didn’t see Nicola Sturgeon, but we did get to visit her official residence at Bute House! It was a great trip and one that we will be sure to repeat in 2023. Only we’ll go in June.

Politics A level
You can find other politics related courses using the course directory. 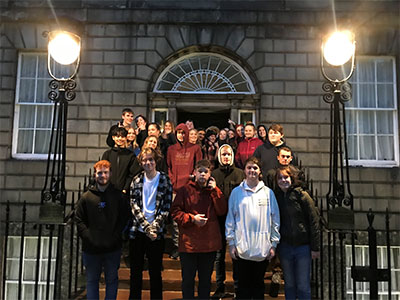 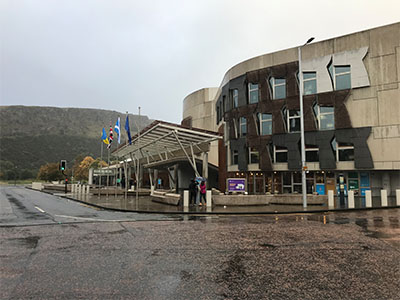